I would like to begin my blog with the story of a trek near my house – but not for this less interesting than other experiences in far-off countries – that is rich in natural and historical
interest in this lesser-known area of Tuscany.
We are in the Natural Reserve of Monterufoli – Caselli in the province of Pisa and I start walking early morning on a cold and sunny winter’s day, starting from the point where the
Ritasso torrent crosses the entrance to the Villetta di Monterufoli estate in the commune of
Monteverdi Marittimo.
The path of the first section runs along a field, but soon arrives at the woods and with clear white/red signs, you can distinguish the site of the old railroad tracks coming from Casino di Terra that served the lignite mine from 1850 to 1929 and was then subsequently
dismantled.
Running parallel to the path, you can see still the brick barriers on the river bed that were used in the past to channel the water to an Old Mill still visible between the dense Mediterranean vegetation on the west bank of the torrent.
Continuing the trail, you arrive near the First Bridge which is possible to see from standing in the torrent, whilst it is worth crossing the torrent to reach the west bank, very interesting for the flora present in the vicinity of an old dwelling with many varieties of moss and lichens, that give you an idea of the undergrowth’s microclimate that would already have been present here before the great ice age.
Arriving near the Second Bridge, but certainly the first in order of size, you have to ade through the torrent below, following the majestic brick arch that has a single 30-metre span and is certainly more than 20 metres high. You climb out of the torrent on the opposite side to meet the railway tracks again and here there are rocky outcrops and mounds of debris colonised by unusual herbaceous flora that is typical of or exclusive to these rocks and that produces rare spring blooms, characterised by yellow clumps of Euphorbia Spinosa.
Upon reaching the Malentrata torrent, also known for the old magnesite mine and the presence of numerous minerals, it is important to remember that this area is part of the metalliferous hills.
At this point you go beyond the third railway bridge to come across a trench that was carved out of the serpentine rock by the hands who gave life to the railway. These spectacular “green rocks” – magmatic rocks – originated 180 million years ago on the ocean floor.
The path continues its descent along the Ritasso torrent and the trek continues up to where the landslide in September 1929 led to the abandonment of the railway. There, it is possible to cross the landslide that has now settled and follow the path to where the Ritasso torrent flows into the Sterza torrent to then return along the asphalted road.
I don’t know for how long it will be possible to admire these bridges that I have written about, clear cracks and signs of slough can be seen in all of them, as they now defy time
by at least 160 years and have been in a state of total abandonment for no less than 90 years.
If one day you would like to follow the trail, I would be happy to accompany you and recount the long history in memory of the many workers who took part in both the construction of the railway and in the hard work in the lignite mine tunnels, which I will be
describing soon in my blog. 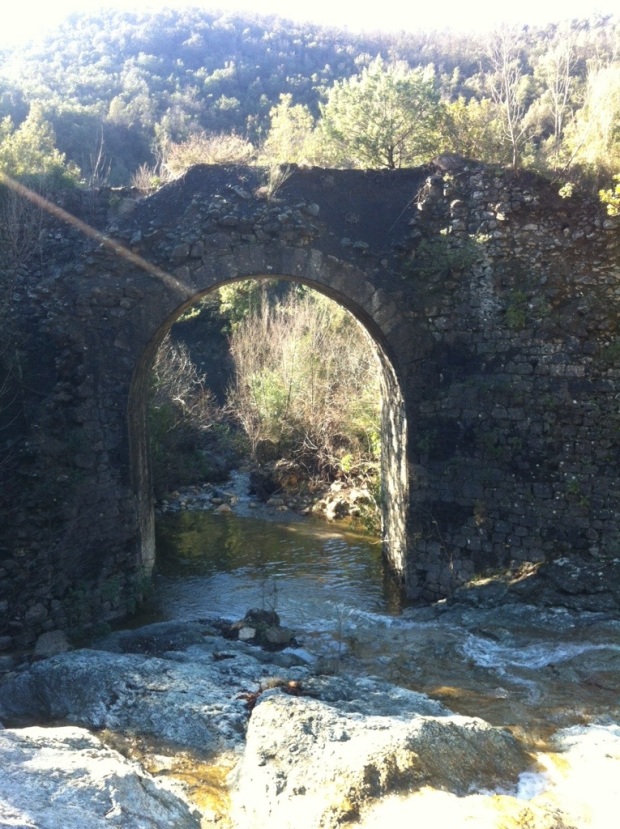 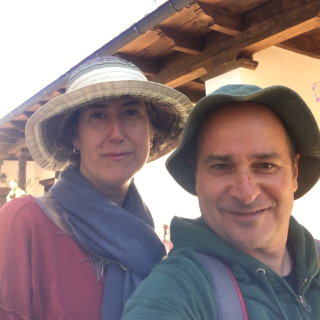